The 'Bulb' is a peninsula owned by the town of Albany, adjacent to Berkeley CA.  It has been created over the decades with debris from construction...it's filled with concrete and rebar and wild flowers, invasive 'weeds' blooming, interesting rusted bits and volunteer flowers from goodness knows where. Martha Wolfe took us for a visit yesterday. 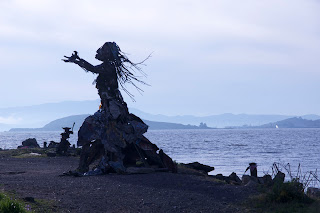 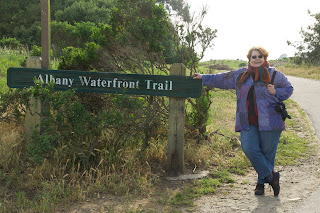 Dumping was suspended in 1987 in an effort to save the bay from pollution.  Subsequently it has become a walking trail and dog walk, filled with sculptures and urban art. 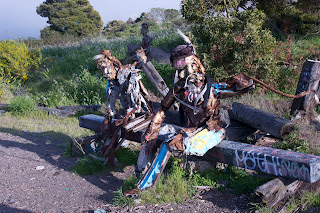 Here's, in part, what wikipedia has to say about the Sculptures.

Sculptor and activist lawyer Osha Neumann has created some of the largest works. He often collaborates with Jason DeAntonis. Sniff, a group of artists composed of Scott Hewitt, Scott Meadows and David Ryan, painted large, highly imaginative "murals" on wood and erected more sculptures on the northwest corner of The Bulb. Another Bulb landmark, referred to as "The Castle," is a large concrete, rebar and plaster shelter which sits on the south west corner of the Bulb, directly opposite the Golden Gate Bridge. The Bulb has been used for informal concerts and even a production of Shakespeare's The Tempest presented by We Players, a Bay Area site-specific theatre company.

You might be interested in what else the wiki has to say  The weather was seasonal: cool (we wore several layers) and very windy (several kite and wind surfers).  AND, a lively, friendly shanty town of homeless. 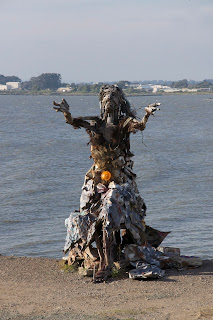 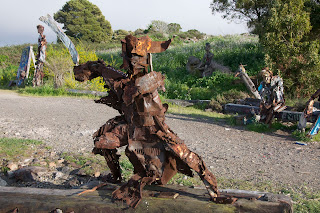 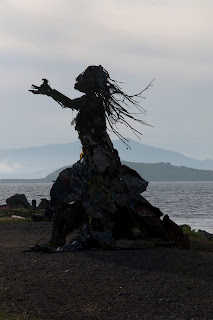 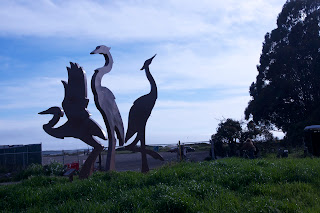 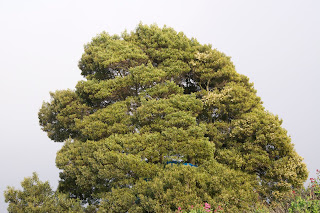 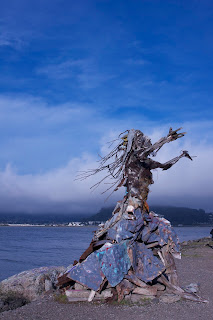