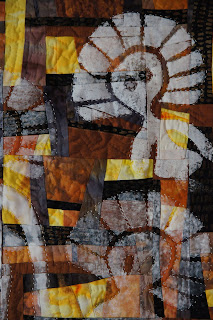 This past week has been busy....interrupted by bouts of nodding off when jet lag wins the battle. 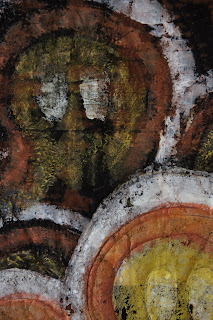 Before I left in February I had been working on a new project. I chucked the first trial in the bin before we left and pinned the second trial on the design wall to greet me when I returned. 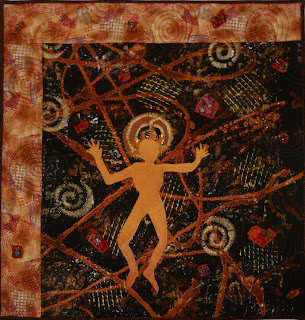 Having had six weeks to think about it seemed to work. In fact, I had another idea entirely which went together very quickly. Maybe the time spent in gestation was beneficial.
First is a detail from Cave Art Sisters and the second a detail from Cave Art Chorus. This week someone told me that two is a pair and three is a series....hmmm...
Both are my exploration on cave art...an offshoot of my interest in tribal and indigenous art....like
this last piece Creative Spirit...which was from 2008 and was juried into The Yeiser Museum in Paducah the same year.
Posted by Diane Wright at 2:40 PM