The quilting gods have been good to me.... 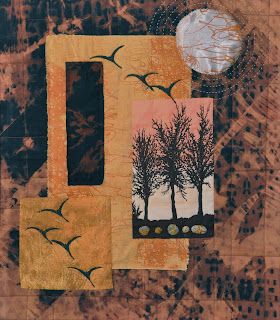 This has been a wild and crazy week. First, this weekend marked a very big (numbered) birthday for me. I can tell you I've been dreading it even though my DH has consistently assured me that it's just another day. It's still a pretty damn big number to deal with.
So this is where the quilting gods influence for good comes in. Just when I was feeling old and dried up I get accepted into two exhibits! Just two days apart.
Diaspora and Dusk were both accepted by The Whistler House Museum of Art's "Art Quilts at the WHMA" in August in Lowell MA.
Two days earlier Urban Canyon was accepted to "Deep Spaces" which will be touring several western US states this year.
And the news got even better. Around midnight Friday night I was awakened by Number One Son. He had flown in as a Birthday Surprise! This big numbered, once dreaded birthday has been a blast! 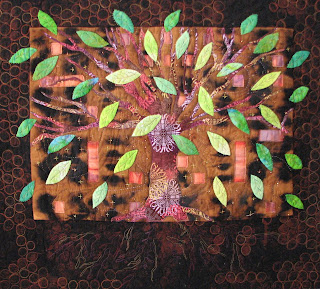