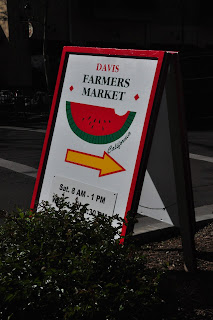 We have arrived at our final destination.  Well, semi-final.  In the here and now, not metaphysical sense.

We drove just 45 minutes to Davis yesterday to meet old Guilford friend and art quilter extraordinaire Martha Wolfe and her family. Fortunately she saved seeing the Ray Eames show at The California Museum in Sacramento until we were there to attend with her.  It was wonderful!!  Thank you, Martha! 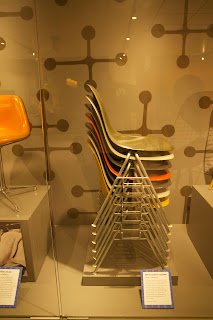 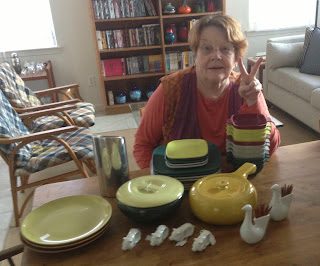 The other wonderfully fun thing we have been doing is antiquing/thrifting.  It is usually very profitable...again, not in any real physical way...;^) actually quite the opposite.  However, I only act on the really good finds.  Witness this last pic...Russel Wright, Nambe, Brook Park and some Dansk.  (Okay, if one of my kids reads this she's going to say "Brook Park?! Don't we have enough?"  But, I'm thinking about the future when little people or person un-named goes to college and needs to have her stuff with her.  You'll see)

We are not planning far in the future (except for that kid going to college).  We will be doing day trips.  Stay tuned.
Posted by Diane Wright at 5:51 PM