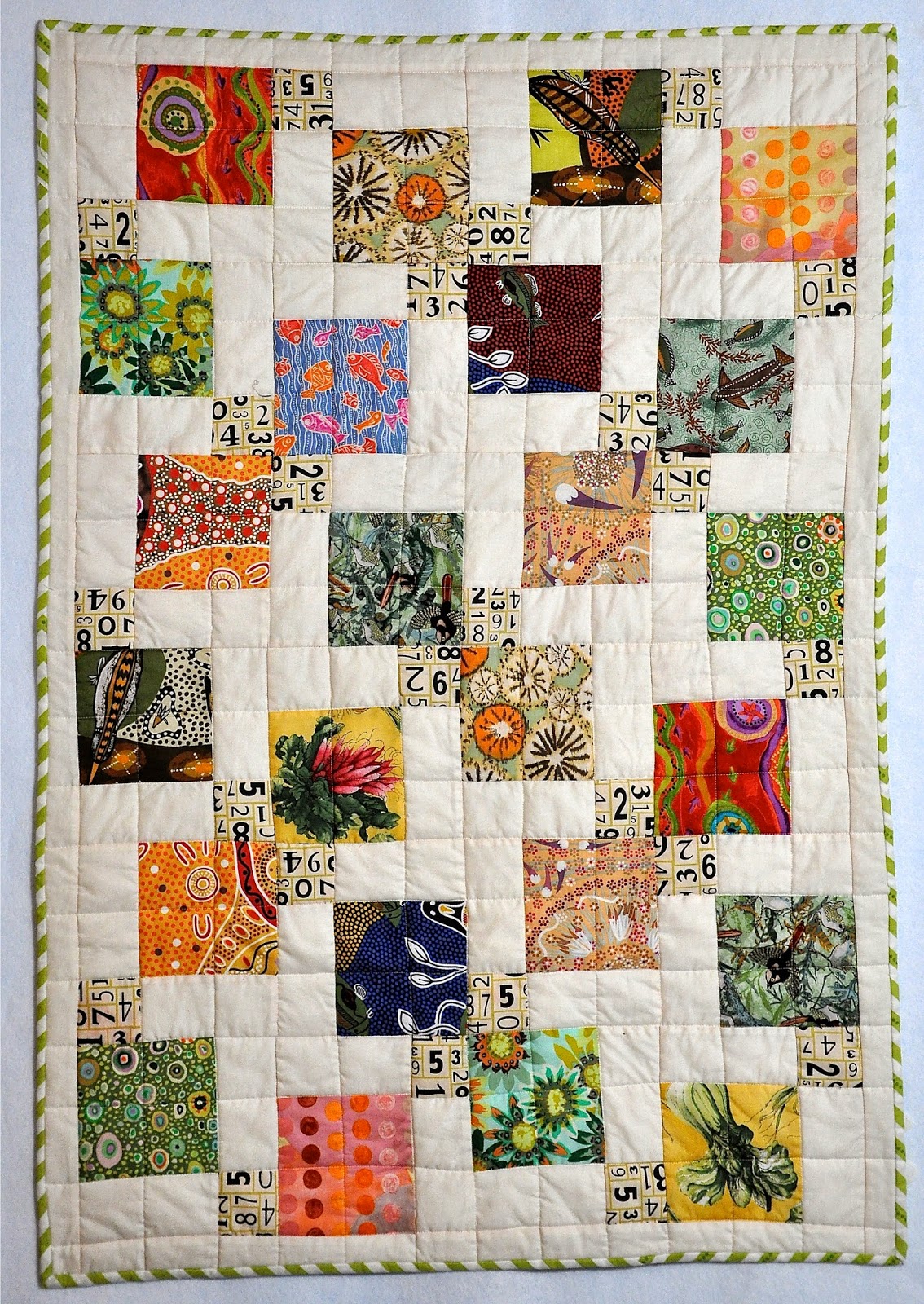 After some very busy, draining but often exhilarating days this past week, I had the chance to relax over the weekend.  Instead of starting a new series...finishing the last...or working on the new commission, I decided to step into a calm, Zen kind of place and make a baby quilt.  oooohhmmm

Celebrating Two! pictured here is for the upcoming arrival of a new friend's second child.  As both parents have math backgrounds, I included numbers, of course.  And as they are also Australian, and she did work in Aboriginal Communities, I also included fabric from Aboriginal designs.  Some are in pairs so that the first child, a 21 month old boy, can have some fun finding matches...or numbers...especially the number 2.  I got 'lucky' in finding a backing fabric that was light pastel Immigration Stamps from passport entries.  Including Sydney Australia ;^)

I will be sending it as soon as I've stitched on my label.  Fun.  And very calming.  Just what I needed.