Fremantle, down the Swan River from Perth (by ferry for us...and a beautiful cruise it was), was put back on the map with its winning of the America's Cup several years ago. 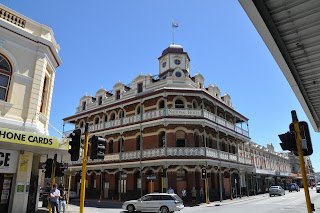 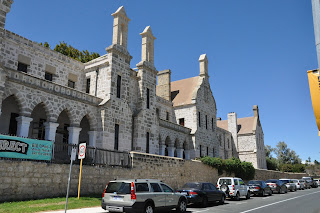 The second photo is the gorgeous Art Center that our day host took us to. We were able to pop into on-going 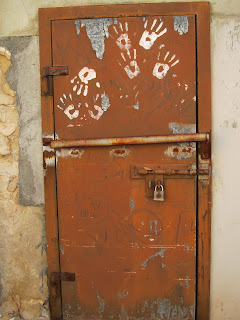 classes...sculpting, painting and, oh, yes...screenpainting on fiber.
After that we were off to a tour of the Fremantle Prison which was built in 1845...the oldest building in Western Australia...and the oldest building built by convict labor. The horror was that it was used as a prison continuously until 1991! Even after two horrific riots (1968 and 1989). It was a chilling tour...
I will be doubling up on my blog posts to TRY to catch up with what we are doing now. Check out the last couple for a taste of our Perth visit.
Posted by Diane Wright at 8:21 PM