Let me tell you about MY day... 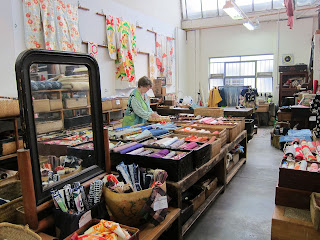 Wendy Lugg, an amazing art quilter from Perth, told me I "had" to get to Kazari when I next went to Melbourne. Today was the day. Even though the traffic was stressful (left side driving on the vehicle filled streets) we made it to the warehouse that also includes ziguzagu....a huge space literally filled with vintage Japanese kimono, obi, yukata, books and household textiles. A real treasure! Thank you, Wendy!!
THEN...our friends the Wilson's arranged for us to get a private tour of Government House....by the wife of the Governor, Jan de Kretser. Professor David de Kretser is the Governor of Victoria appointed by HRM Queen Elizabeth. He has served a five year term and will be leaving his post in April. It was a tremendous privilege....and we where also happy to be able to meet the Governor himself even though we were not on his schedule. Thanks to our friends, Shelley and Graeme and, of course, the Governor and Mrs. de Kretser. 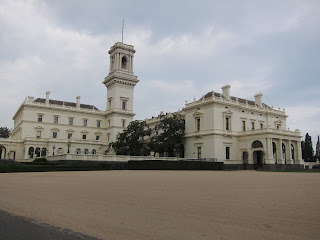 This last pick Shelley took of us...it's the seat Her Majesty would sit if she were visiting...in her absence it's the Governor's place. 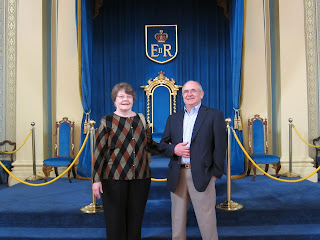