Yes, I have been silent for quite a while now, too caught up in my studio to communicate.

It all started when I tackled the Fiberactions challenge for January:  work in a color set that is outside your comfort zone.  The pink/mauve set was so outside my zone that I was very uncomfortable and immediately dove into "my" colors.  My last post about "They Rode the Sparks to Heaven" was the result.

As I was making it, I naturally created a narrative...as I always do...and it occurred to me that places have particular colors in one's memory.  Think about Ghana, the Caribbean, the Timor Straits.  All relatively close in latitude.  But when one thinks of them, the colors are different.  The color saturation is different.  The angle of light seems different.

That led me to a theme:  The Color of Place.  The next pieces are part of what I can only think of as an Ode to Australia.  I've posted four of the same ilk...two others are slightly different and will follow at another time.

The detail pics show the topographical ridges that I hoped would add to the feeling of land.  Over the course of making these four, I learned how to control the amount of fullness in the piecing, which I stuffed with polyfill for dimension.  It was interesting (and probably pretty useless beyond this application).


This theme has launched me into thinking about so many places.  Where to go next?  Maybe Japan.  Hmmm.

I hope this makes sense to others...I hope it's not so idiosyncratic that no one "gets" it.  Not that everything I do needs to be understood by others....  I'd be interested in your thoughts though.
Posted by Diane Wright at 9:28 AM 4 comments: 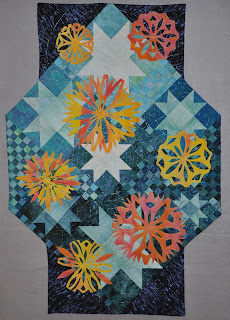 The more I looked at "Seven Sisters" from my previous blog post, the more I thought it was unfinished.

I recalled part of the Seven Sisters saga told to me by an artist from the Mutitjulu Community at Maruku Art Center on the other side of Uluru many years ago.  The last of her part of the story had the sisters fleeing a man who was lusting after them.  As they ran across the desert to escape from him, he hurled a giant bolder from a hilltop.  As it smashed down to the ground, the sisters rode the sparks to heaven, where they reside today. 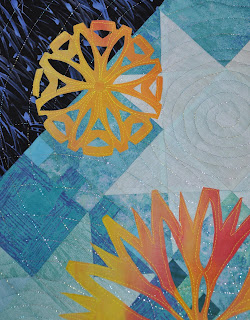 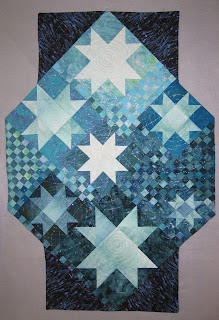 First off, I know it's not symmetrical.  It's not suppose to be, but next time I'll make it more pronounced so it won't look like an unfortunate accident.

I was in a creative slump after our family Thanksgiving celebrations (cast of thousands for about a month...okay, an exaggeration...but still exhausting).

I limited my color range and decided to produce something around a theme of "Seven Sisters".  My "Seven Sisters" refers to the Australian Aboriginal creation myth stories of seven sisters who travelled throughout the (mostly) desert areas of Australia, and eventually, took up permanent residence in the sky.  They are the same constellation that the Greeks named Pleiades, also known as "Seven Sisters".  Interesting, no? 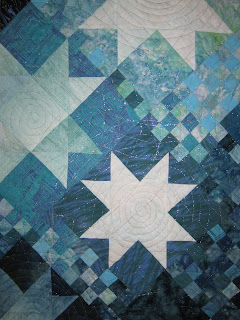 The other interesting thing, for me, is that, as a result of having made this roughly 28"x 48"piece, I'm not in a slump anymore.  I am now working on my third "Seven Sister" themed piece.  These next two...hopefully...three pieces are very different from this one.  Stay tuned.

I guess my point is:  just do the work.  For me, it's getting back in the studio full time and just doing it. 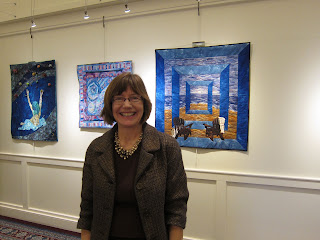 Mary Lachman is the fearless leader of CT Fiber Arts Collective, a regional group of like-minded artists.  It's a very active group too...having exhibited somewhere in the state five of the last eight months.   Behind her are pieces by Toni Torres, Karen Loprete and Carol Eaton.

This month we were asked to fill in for an artist who had to drop off the calendar at the Southbury Library.  We have an exhibit ready for February and quickly pulled together another for January.   This one starts with "Identity",  the small pieces that we had just removed from the Middlebury Library. We paired that collection with a few of "our favorite things" and Viola!, we had a very colorful exhibit. 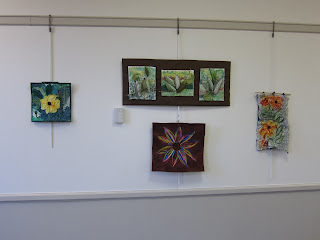 The four pieces in the first group are the work of Diane Cadrain and Carol Vinick. 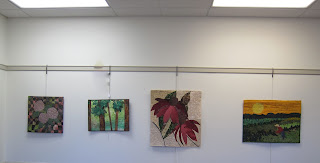 The four in this photo are by Carol Eaton, me (my Coneflowers) and Roz Spann. 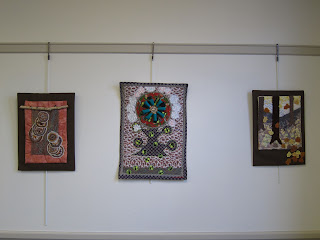 Next is work by Diane Cadrain and Karen Loprete.  The last is the "Identity" collection being tweeked by our Carine Greene.

This work will be on exhibit through January.  These photos only represent part of the exhibit.  There are many more walls!  Definitely worth the trip if you are in the area.  February we will mount our Red/Read exhibit! 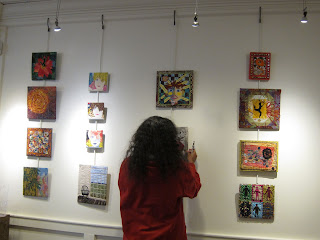 As the year ends 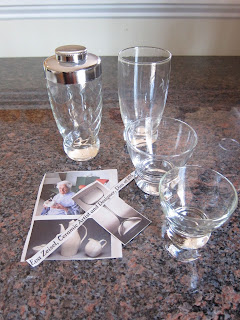 Friday it was reported that one of my heroines...maybe the only one...passed away.  Eva Zeisel, ceramicist and designer, died at age 105.  I recall an interview with her last year...still "with it", if frail.  Her biography is compelling, enough to make anyone an admirer.  Then, oh my, her designs!  I fell in love with her designs before I knew anything about her life's story.  One need only hold one of her glasses, feel it's weight and curvature, and know it is very special.

I have been looking for her work for years.  Every time I stop in an op-shop, thrift shop or second-hand store, her designs are the first I look for. (I think I have cornered the local market on her glassware.)

I'm sad that she is gone.  But SO appreciative of the mark she made.  Now, SHE was an inspiration!  Thank you, Eva Striker Zeisel.

The last One Hundred Years is undoubtedly a more beautiful place because of her Warmth and Sensuous Objects
Posted by Diane Wright at 8:38 AM 2 comments: